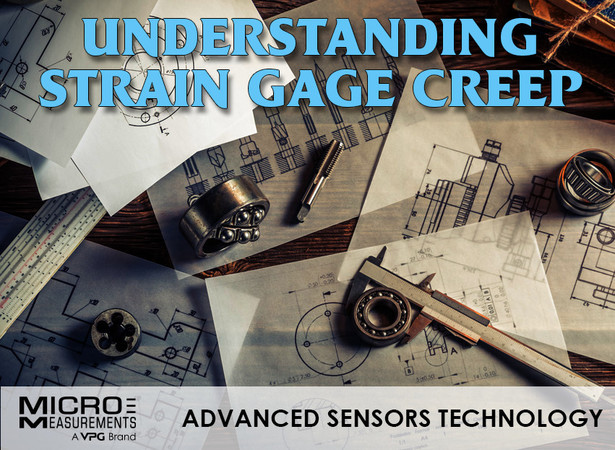 It is a fact of materials science that all materials will creep when stressed. Materials engineers know that solid parts will move and/or deform slowly over time and under prolonged mechanical stress. Because creep can cause failure of the parts over time, it is important for engineers to understand how creep can affect the strain gauge.

How do you measure

Creep is a time-dependent material property, so the standard of how you measure creep is determined by how much the material continues to deform when it is stressed by steady-state loading over a period of time. Common engineering materials, such as high-quality aluminums and tool steels, have extremely low levels of creep ( <1 μm/m when loaded at normal transducer levels ≈ 1000 μm/m). Still, knowing the level of creep over time is important in preventing potential creep failure.

So, what is a low level of

Think of something on the order of a fraction of one micron per meter. A normal transducer level is something on the order of a thousand microns per meter. Those are tiny numbers, but in legal-for-trade transducer applications, a fraction of a troy ounce error in weighing can result in thousands of dollars in erroneous charges. Imagine, for example, if you’re weighing precious metals. In this case, even very low levels of transducer creep would be unacceptable.

How do strain gauges

Like anything else when placed under the stress of an ongoing load, bonded electrical resistance foil strain gages will also creep. But since they’re made using metal adhered to an organic carrier and bonded with an epoxy adhesive, strain gauges will tend to relax after loading. In other words, they creep towards their initial zero-load state.

Transducers operating with a dead weight loading will do the opposite. When they’re placed under a steady dead weight load, they continue to elongate. In other words, they have positive creep. Now put these two together: bonded strain gages want to relax and metal transducers want to expand. Together, they form the perfect union for achieving essentially zero creep performance from the transducer. A perfect pair.

Want to join an engaged

Here’s how to connect with the StrainBlog community: