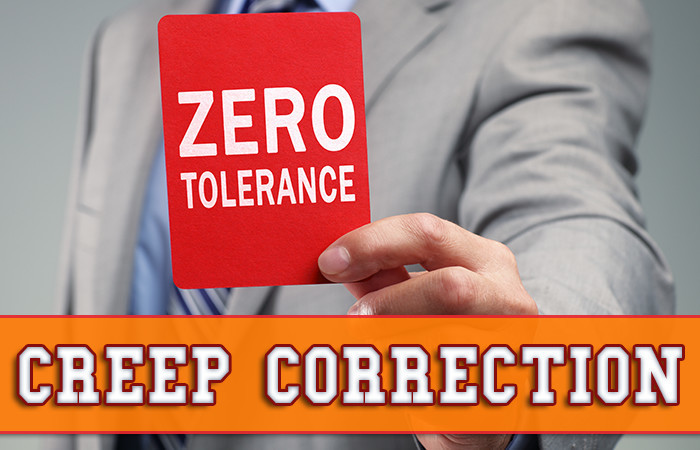 It is not uncommon for the useful temperature range specified for foil strain sensor adhesives to cause confusion for the user. This is because the job scope for foil strain sensor adhesives is broader than simply holding two separate pieces together. The adhesive must also faithfully transfer the surface strain from the specimen to the foil sensing grid of the gage. As the temperature rises, the adhesive softens and will not hold the applied strain as well. Typically, this is observed as excess drift, or creep of the strain reading. Compounding this issue are the other temperature related output changes from the gage, like thermal output and resistance drift. It can be difficult to separate one from the other.

The correction of creep with temperature change (so called, creep TC) is one of the more difficult OIML specifications to meet for transducers used in legal-for-trade applications (see OIML R60 and R76). The entire foil strain sensor system – adhesive, backing, foil, encapsulation, and protective coating – must work in harmony to provide an acceptable creep behavior over the specified temperature range of -10°C to +40°C. Changing the backing type or thickness (to achieve a different stiffness) is a common way to affect creep TC performance of a load cell.  Also, changing the protective coating thickness or material is common. For example, if the creep is too negative at elevated temperature, then changing to a stiffer backing or applying a stiffer coating material can change the elevated creep performance of the transducer. But beware; doing so can also make the room temperature creep more positive (from the stiffer coating). Often it comes down to a compromise in minimizing creep at the three OIML temperatures, rather than achieving near perfect creep at each temperature. M-Bond 610 is an excellent adhesive choice for legal-for-trade transducers, because the adhesive has superior performance/consistency over its entire useful range. Still, at the specified upper limit of 230°C, even this adhesive will exhibit strong negative creep.

Temperature specifications for cyanoacrylate adhesive (CA) can be even more confusing. A typical temperature range for CA glue is -55°C to +250°C. But this range is for ‘household’ use of the adhesive, where the manufacturer is guaranteeing that the two parts being held together will not separate. It’s not the useful range for measuring strain. When compared to high-performance strain gage epoxy adhesives, CA glue lines are thick, and the adhesive does not have a high modulus of elasticity. Both characteristics work against good creep behavior from CA, and the behavior deteriorates rapidly as the temperature is elevated (creep becomes markedly more negative). To guarantee long term stability, Micro-Measurements uses a much reduced useful temperature range for M-Bond 200 of -32°C to +65°C. But the gage will not pop-off from the specimen at temperatures well above this range.

While creep testing is the best evaluation for adhesive performance over a specified temperature range, if facilities are not available for this type testing, then simple zero return tests can be performed. Cycle the foil strain sensor installation to the desired temperature(s) with no load applied to get the combined temperature response of the installation and then apply load and cycle the temperature again. After removing the load at temperature, and after returning to the initial reference temperature, look for zero return values that are acceptable within the scope of the application.