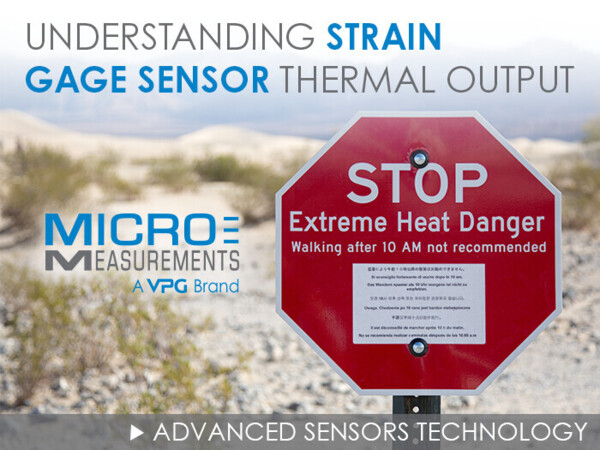 In his 1936 article, The Unanticipated Consequences of Purposive Social Action, Merton examines the completely unexpected consequences caused by seemingly well-intentioned actions (not to be confused with collateral damage). Of course, Merton wasn’t thinking of strain gages when he wrote this, but the concept is as useful for structural engineers as it is for social scientists. Generally speaking, unintended consequences are associated with actions that begin as attempts to improve a situation, but inadvertently cause other, often catastrophic consequences. From the way strain gage thermal output has been presented and discussed over the past seventy-plus years, one would assume that it, too, falls under the heading of unintended consequences. As strain gage engineers, when attempting to collect precision strain measurement data we must consider, is it possible to plan for unintended consequences—such as thermal expansion—brought about by changes in temperatures? Let’s discuss!

First, what is thermal expansion?

To fully understand strain gage thermal output, it is helpful to first discuss thermal expansion. Often called Temperature Coefficient of Expansion (TCE) or Coefficient of Thermal Expansion (CTE), the idea behind thermal expansion is that materials change dimensions when subjected to a temperature change. Some materials, like unfilled polypropylene, will change much more than others (like titanium silicate, for example). At close to room temperature (20°C), aluminum can change length by approximately 23 ppm/°C (the TCE for aluminum). In other words, if a piece of aluminum is 150 mm long and has been sitting at 20°C for several hours, that piece of aluminum will expand to a new length of approximately 150.05 mm after being held in your hands for a few more hours. This change in length is a free expansion of the aluminum bar caused by the warming action of your hands. No external force or load is involved. This is thermal expansion. 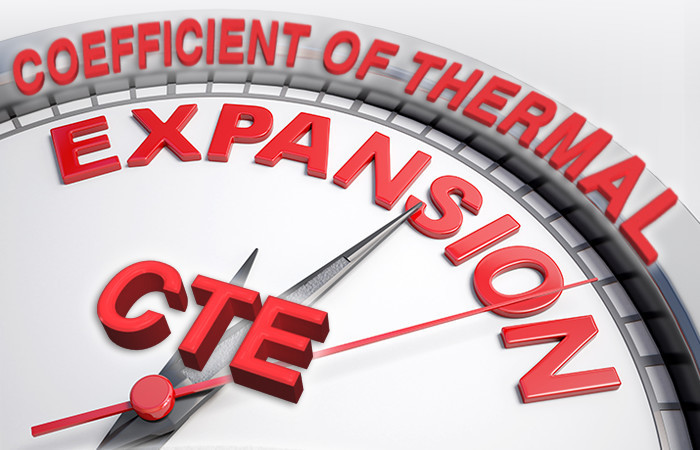 Now, let’s relate thermal expansion to structures and strain gages. With regard to structural failures at common service temperatures, thermal expansion does not harm the bar and it is typically undesirable to include free expansion as part of a strain measurement. In the aluminum example, converting the temperature-induced change in length to strain, the result is (150.05-150)/150 = 333 µm/m. On a scale of 1 to Failure this isn’t a significant strain, even if it were caused by external forces. But it is certainly noticeable, measurable, and undesirable when included in a strain measurement meant for determining structural design criteria. Putting this into perspective, if our aluminum bar is 25 mm wide by 6 mm thick and suspended vertically from one end with a 400 kg weight (that’s the weight of a good-sized horse!) hanging from the other end, then the bar experiences the same magnitude of strain (333 µm/m). This is true load-induced strain, caused by the weight hanging from the bar, and this is what experimenters usually want to measure. But how is one to separate load-induced strain from strain caused by change in temperature? How is one separated from the other? Is it possible to automatically remove the temperature effect from the strain measurement?

The most popular strain gages for precision weighing and for precision structural testing are made from rolled-metal foil. The electrical resistivity of the metal is a function of temperature. This temperature dependent material characteristic is called Temperature Coefficient of Resistance (TCR) and it causes the sensor to change resistance when subjected to a change in temperature. But, to complicate matters, strain gages are also material and, therefore, have a TCE. One further complication is that during application the strain gage is intimately bonded to a specimen, forcing the gage to follow the specimen deformation (induced by temperature, or otherwise). What is a strain analyst to do?

How does thermal expansion relate to strain gage thermal output?

The change in electrical resistance of a strain gage caused only by a temperature change in the specimen/bonded gage is commonly labeled thermal output. More specifically, the thermal output of properly manufactured strain gages, which are bonded to the intended specimen material, is a residual of the attempt to completely eliminate the temperature-induced free expansion of the specimen from the strain measurement. Returning to the aluminum bar example. When using a gage meant for aluminum, then the output from the gage caused by the free thermal expansion will only be a few micro-strain (µm/m), not 333. Now, if we want to weigh our horse friend again using temperature compensated strain gages (Self Temperature Compensated, or STC), then the strain gage mainly shows the change in bar length caused by the weight, not by the change in temperature.

How do I adjust for strain gauge thermal output?

The temperature response of rolled-foil strain gages can be adjusted for a broad range of materials (TCE’s), minimizing the residual thermal output over an extended temperature range. To acquire precise strain measurement data, a strain sensor must be capable of ignoring the undesirable thermal expansion present in all materials when subjected to a temperature change. This requires that the sensor have the inherent ability to compensate for such expansion over a broad range of materials and temperatures. Rolled-foil strain gages are experts at this, because the TCR can be adjusted to effect proper compensation of material thermal expansion. These gages are called Self Temperature Compensated (STC) strain gages and while there is a small residual measurement error caused by temperature-induced free expansion (which can be corrected using data supplied by the manufacturer), the ultimate result is much better than with strain sensors which have no compensation capability and simply report all of the undesirable specimen thermal expansion (illustrated by our horse weighing example above). Additionally, for a specific material over a limited temperature range, a custom STC can be produced that reduces the residual thermal output to practically zero (shown in graph below). 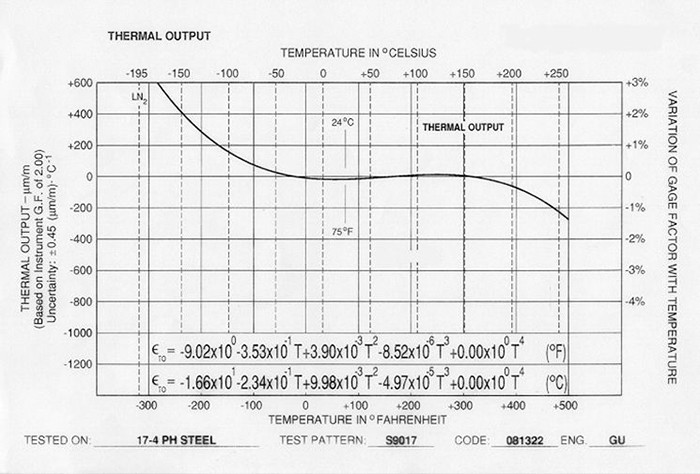 You can rely on Micro-Measurements products and support to keep your strain measurement data from becoming an unintended consequence. Learn more about thermal output and STC strain gages by visiting the Knowledge Base section at www.micro-measurements.com.

You can also connect with other engineers about strain gages (and other topics in structural and mechanical engineering) through this blog, which is written by engineers for engineers. Join the StrainBlog community! Here’s how to find us: