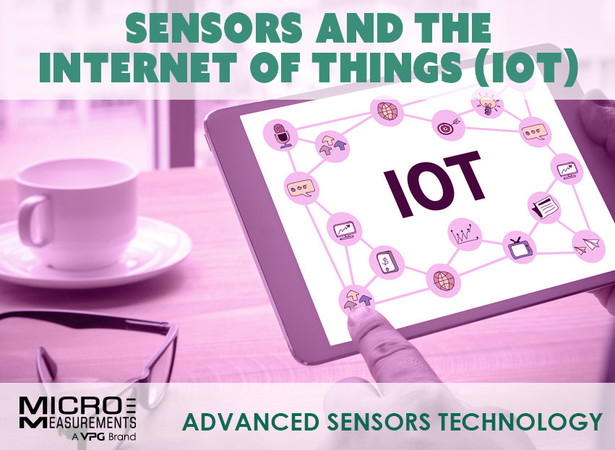 Sensors and the Internet of Things

Strain gauge sensors have been around since 1938, when Cal Tech student Edward Simmons invented one to help Dr. Donald S. Clark, assistant professor of mechanical engineering, achieve more accurate impact data. It wasn’t until forty-five years later that the world met the internet. Though the internet dramatically changed how we interact with each other and the world, in 1983 it would have been hard to imagine a world in which the internet could work in unison with Advanced Sensors Technology strain gauges and other sensors. The Internet of Things (IoT) is changing that.

What is the Internet of Things?

In its infancy, the internet allowed people to access and send static information. Today, the internet has evolved to connect people to other people through social media like Facebook, Twitter, and Instagram. So, what does that have to with strain gauges and other sensors? Well, the next phase of the internet, now evolving, is connecting people to physical things (and physical things to other physical things) in real time. This Internet of Things (IoT) is a network of smart, interconnected devices (or things) that sense, measure, act, and transmit information to people and to other devices.

How do we use the Internet of Things?

To understand how we use the Internet of Things in our daily lives, imagine this scenario: your college-age child is traveling out of the country on her own. Her flight is scheduled to land past midnight, and you are concerned about her reaching her place of lodging safely in the early hours of the morning. Using an app from the airline, you were able to track—in real time—the movement of her plane across the Pacific Ocean. Within an hour of landing, you can see—in close-to-real-time—that she withdrew money from your account using an airport ATM. With local currency in hand, she purchases a SIM card and then FaceTimes you with her mobile phone. Now you feel much better!

What does the Internet of Things have to

All three of the things that helped to connect parent to child in this scenario— the airplane, ATM, and mobile phone—are part of the IoT. They have the following in common:

Devices connected to the Internet of Things have one or more sensors, transducers, or actuators for sensing the physical environment and acting upon it.

Devices connected to the Internet of Things need a unique form of identification.

To receive and send data over a network, the device needs electronics & software that are connected to the internet.

This schematic shows the anatomy of a typical IoT device, which includes the sensor, software, and ID: 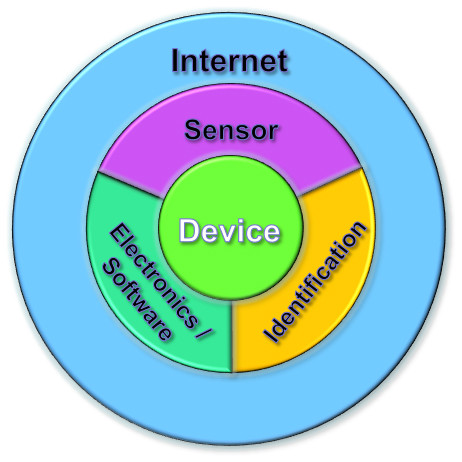 What are other examples of sensors and

the Internet of Things?

To further illustrate how sensors are connected to the Internet of Things, let’s use the example of a truck. This truck may have on-board sensors to monitor and transmit the load that it’s carrying. The truck may also have pressure transducers to optimize fuel consumption and emissions. And as it travels on the highway, load cells embedded in the road can determine whether it is meeting weight regulations and transmit traffic conditions. All this sensor information, when accessible locally and remotely through the internet, can be used for better decision making and productivity.

How will sensors impact the future

of the Internet of Things?

Clearly, the Internet of Things is not some futuristic idea—rather, it is already happening all around us. With the evolution of communication infrastructure, the availability of lower-cost electronics, and the development of smaller and more durable sensors, transducers, actuators, the IoT market has accelerated over the past years and will continue to do so. In 2015, the International Data Corporation estimated that by 2020 there would be around 30 billion sensor-enabled, Internet-connected devices (this roughly translates to four IoT devices for every human being on the planet). Today, in 2021, that number is closer to 46 billion.

Using the IoT and sensors embedded in their devices, end-users can connect, monitor, record, search, manage and control a growing number of things—including kitchen appliances, home security systems, vehicles, ATMs, airplanes, and more. While the growth of the Internet of Things has led to increased productivity and more informed decision making, it has also meant an increase in opportunities for smart device manufacturers, companies that make sensors and transducers, and communication infrastructure suppliers. That’s good news for the world of strain gauge manufacturers, and it’s good news for StrainBlog, because we love reporting on and educating our readers on strain sensors and related technologies.

Want to learn more about strain gauges, force sensors, and transducers & how scientists and engineers are using them to improve the human experience? Get connected: