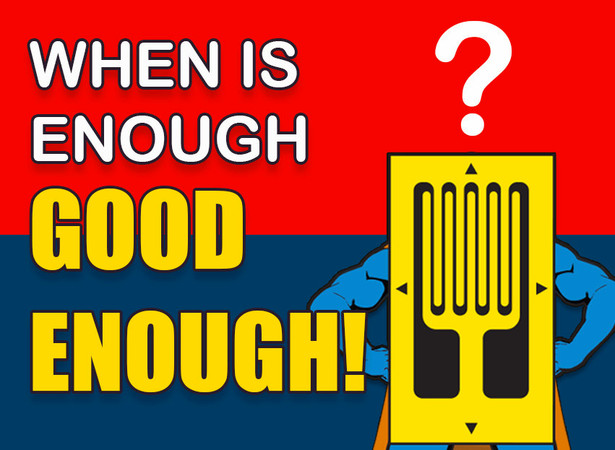 Bonded electrical resistance strain gages are an interesting lot. Deceptive in complexity, because of the deceivingly simple appearance,  it’s not difficult to prove on paper that achieving accurate results from bonded, rolled-foil strain gages is impossible; or, at least, nearly so. Micro-analyzing all possible error sources soon reveals that strain gage results are useless. Practically - and thankfully - most of those error contributions are nothing more than fractional noise in the uncertainty budget. Alas, the bonded, foil strain gage has stood the test of time; and, with great distinction, too.

Testing composite materials to determine shear modulus using v-notch specimens is a popular and well established test method. It is the subject of several test standards (e.g., ASTM D 5379). The Iosipescu test method, as it’s often called in respect for the originator, N. Iosipescu, is another weapon in the stress analyst’s arsenal which has stood the test of time (circa 1967).

Wyoming Test Fixtures (http://www.wyomingtestfixtures.com/Products/a1.html) pioneered the development of v-notch testing fixtures (see picture). However, there are subtleties associated with this test which can lead to erroneous results; and, often dangerously understated stress and/or overstated materials-properties values.

To provide the most convenient test data for calculating shear modulus, Micro-Measurements (M-M), a VPG brand, developed unique designs in the early 1990’s which yield the best average strain measurement across the test zone for all composites (or any structural material).  These special gages are well documented in several technical papers from the day1, 2.  No correction factors or other calculation gymnastics are required.  Nothing more is necessary than a quick calculation of average shear stress divided by average shear strain to achieve shear modulus.  Alas, this is not where the story ends.

Even if not absolutely necessary during a particular test, researchers often want to test composite materials to failure. Why? Because, even though composites have been successfully used in diverse and material-challenging applications for decades, composites are still ‘plastics’. If you’re going to replace beloved metal with a plastic, the first question is always going to be, “When’s it gonna break?”

Testing to failure using the v-notch specimen geometry is quite common.  This poses a problem for the M-M Shear Modulus gages, because the gage extends to within fractions of a millimeter of the notch roots.  At the notch roots is where the first reinforcing fibers are likely break - long before the specimen has reached a critical failure stage.  Unfortunately, the broken fibers can pierce the gage backing and break the foil grid lines, thus rendering the gage dead.  Load is still being applied, but no strain reading is being recorded; a bad situation for the experimenter.

Because of this test-to-failure requirement, shear gages physically smaller than the M-M Shear Modulus patterns are often used with v-notch specimens.  The CEA-06-187UV-350 pattern is a prime example, but just as often a Tee-rosette gage is employed; albeit, turned 45° with respect to a line joining the notch roots.

The installed gage is nonchalant about the applied strain. The gage grid solves the mean value theorem over the grid area and accurately reports the average strain magnitude existing within that area. As depicted in the strain distribution sketches above, dependent on the specimen area covered by the grid, this reported strain magnitude can be lower or higher than the actual average strain value (represented by the dashed lines). And, it is the actual average strain value that must be used when calculating shear modulus. What’s the solution?

If your test requirements are for repetitive testing – perhaps QC testing of a production composite material – then comparing results using Shear Modulus gages with results from a smaller gage is an effective way to calibrate the smaller pattern. Then, the smaller pattern can be used in subsequent failure testing, and the data post-processed with the acquired calibration factor. Or, if the difference between the Shear Modulus gages and the small gage is within the range of instrument gage factor setting, then the acquired data can be corrected in real-time using the calibrated gage factor.

Combining excellent test fixtures, like those supplied by Wyoming Test Fixtures, with reliable strain gages from Micro-Measurements is the best way to ensure good test data from your composite experiment.