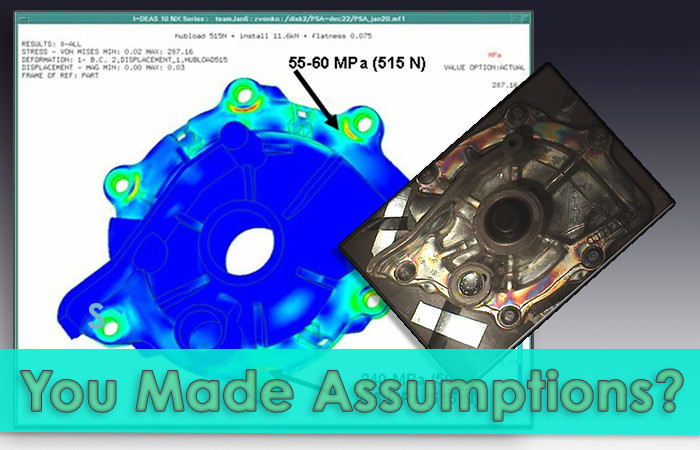 In many cases, a product design may start with lines on a napkin and eventually reach a CAD workstation for solid modeling. From there it becomes part of a virtual assembly where it is studied for fit and function by any number of software packages. Once it is considered feasible and worthy, engineers optimize it using another virtual process known as finite element analysis (FEA). The goal of FEA is to determine the strongest part that can be produced using the least amount of material, while still remaining within the margins of safety.

For many manufacturers this is where the commitment to the production of the designed product occurs. For most of them the safety factors incorporated into the design and a conservative approach led by previous examples results in a successful product. For the others, they discover problems when transitioning from the virtual world.

In the time since the inception of FEA, it has become clear that it is only as good as the assignment of loads, constraints, and boundary conditions allow it to be. Here is where the experimental methods come into play. A test part can be produced in the conventional manner or by using a rapid prototype process such as 3D printing. The prototype can then be coated and studied using the PhotoStress technique (shown below) that can provide a visual strain field. This can be correlated to the computer model and any needed corrections made. Another approach is to use strain gages and a data acquisition system to analyze the stress from real-world conditions and validate the virtual model created in CAD/FEA.

Once the FEA model has been validated, further iterative modeling can be performed with less risk of future catastrophic failure. FEA and experimental mechanics can work as a team!