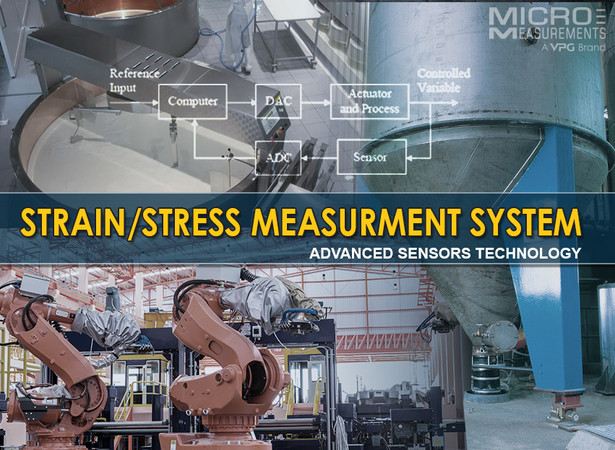 Bio: Joe Flanagan has over 12 years in electronic engineering and design and is the current Project Engineer at Tacuna Systems. They provide hardware and service solutions for the for the strain measurement industry across a range of applications.

Over the years, the methods of determining the amount of mechanical stress and strain on an object have improved. The original equipment manufacturers have developed products that enable a high precision measurement of stress, strain, and other related parameters.

The development of these high precision instruments has led to their adoption by many industries for process control/automation. A lot of modern control systems now incorporate one form or another of a stress/strain measurement into their process loop.

This article aims to establish the basis for understanding how and why there is even a need to incorporate stress/strain measuring instruments into process control. Here, the principle of operation of the measuring instruments are briefly explained, the concepts of modern control systems are also explained, and some applications that integrate the measurements into modern control systems.

This article uses the strain gauge load cell to illustrate how stress and strain can be measured. However, in practice, there are other types of sensor devices used for this measurement, examples are piezoelectric sensors, optical force sensors, accelerometers, capacitive sensors, etc.

The measurement of stress and strain can also serve as an indirect measure or physical estimation of related parameters such as displacement, force, torque, acceleration, pressure, and vibration.

The devices used for this measurement is made up of different subsystems, the block diagram below illustrates the basic structure of a measurement device.

For the task of stress and strain measurement, each of these blocks is described below:

The previous section shows that the output of the whole process of stress/strain measurement could either be the analog or digital form. This can then be used in the corresponding control system either analog/continuous time control or digital/discrete time control.

Modern control systems are discrete-time based and the control strategies are implemented by a digital computer. The dominance of digital control techniques in modern systems is due to the cheap and fast processing power of computers. Although, computers have limited capacity, the range of their capacity is still sufficient to cater to the computational demands of control engineering.

They are different classifications of control systems, but the measurement of stress/strain and related parameters are used majorly in closed-loop feedback systems. The basic configuration of digital control systems is shown in figure 1 below.

This configuration can be broken down into two sections:

It can be seen how the sensor is placed in a control system to provide measurement for feedback. The sensor measures the output and produces its equivalent analog electrical output that is then converted into a digital form - by the ADC – to be fed as input into the computer. Why the need to convert to a digital form? You may ask, the reason is that computers only understand 1’s and 0’s – binary digits, bits.

What actually performs a computational operation on the reference input and the feedback input is an algorithm – a computer software. In practice, there are a wide variety of techniques used to create the control algorithm, the most common and basic being the Proportional, Integral, and Derivative (PID) class.

The result of the computing produces a control action or control signal that is then converted from its digital form to an analog form by the DAC, so as to affect the actuator that in turn affects the process, and in turn, affects the desired controlled variable/output.

To fully appreciate and understand these concepts let’s take a look at some real practical examples in the next section.

Batch Weighing Systems: The process of batch weighing finds applications in various industries such as construction, metallurgical, pharmaceutical, and food processing. It involves the feeding of a certain weight of ingredients into a collective vessel through an actuator – also called the feeder. There are different techniques used for batch weighing, it could be a single sequential weighing, where each ingredient in weighed one at a time into the collective vessel. It could also be multiple simultaneous weighing.Depending on the type of weighing and feeding technique used, the collective vessel is usually supported on a strain gauge load cell. The load cell then acts to help monitor the amount of weight of ingredients added to the vessel. This value is then feedback to a control computer that compares the current output weight with the desired reference weight. So take for example, in a baking factory, the amount of flour needed to be added into a mixer is 50Kg; the desired amount of flour, 50Kg is inputted into the computer. The flour is then poured into the feeder, and it starts feeding into the mixing vessel. The load cell under the vessel keeps outputting the present weight per time and immediately the amount of flour reaches 50Kg, the regulating computer stops the feeder. The block diagram below explains this better.

Robotic systems: A robot has several parts such as the manipulator, computer controller, actuators, and sensors. Some robotic designs incorporate what is called a hybrid position/force controller which can be used to effect guarded moves. A guarded move is such that the manipulator moves in a particular direction until the touch sensor feels a particular force. The touch signal is then routed to the controller that halts the motion. A touch sensor could range from a simple switch circuit to a piezo-resistive strain gauge material; hence, providing a high precision indirect indication of the sensed force. Robots also perform material handling and gripping, here, tactile sensors are mounted on appropriate locations on the gripper/end effector. These sensors are then able to interact with the object by determining its orientation; the output of the sensor is then used to control the amount of force with which the object is gripped. For example, a robot could be used to serve water with a glass cup. If it applies too much force, the cup breaks; if the applied force is less, the cup falls and breaks. It must be able to apply just the right force and also know where to grab the cup for proper orientation. It should be noted that tactile sensors are also force sensors that use the stress/strain induced on a sensing material as an indication of the applied force.