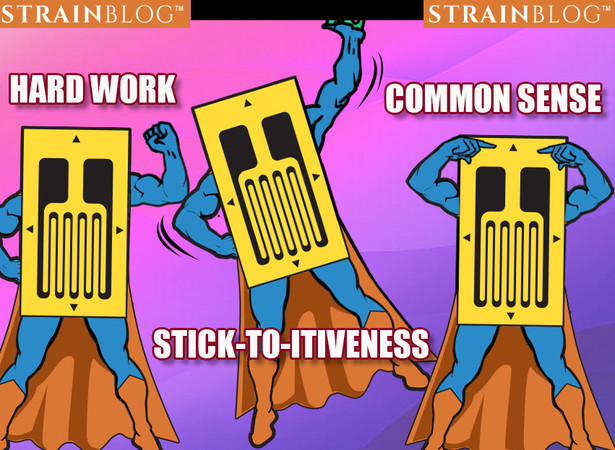 Give or take a year, the electrical resistance strain gage is eighty years old. After all that time, it continues to be the primary means of measuring mechanical strain. Seldom in the history of 20th century technology has one technique dominated its field for so long? Why this one?

Certainly, today, other techniques can be used to measure strain. But the foil strain gage has prospered as a technology for eighty years because responsible engineers and stress analysts have found it to be an eminently practical means for making a broad range of sound, economical measurements.  Before the strain gage, stress analysis was performed primarily by theoretical means. When theory failed, the only technique left was “by guess and by golly”. But with the simple electrical resistance gage so inexpensive to purchase and easy to install, the engineer could accurately measure not only strain but also loads, displacement, and other related engineering parameters. And experimental stress analysis (ESA) flourished.

Today some pundits will argue that, with the advent of bigger and faster computers, strains need not to be measured at all because stresses can be so readily calculated. True, the computer enables more calculations to be made in less time on increasingly complex structures constructed of increasingly complex materials.

But when you think about the future of commercial space, who will volunteer for the first human spaceflight to Mars in untested rockets, capsules, spaceplane, or a spacecraft designed and built entirely on theoretical considerations?

Tempus fugit! Let us not forget why the electrical resistance strain gage has prospered as a technology. This mechanical, civil and electrical engineering tool has lasted and , indeed, continues to grow and to be improved (e.g., Advanced Sensors Technology) because it can be used to make the real measurements in real structures that are essential to ensure that those structures are safely usable by real people.

The strain gage is eight years young. Many happy returns!

Last but not least, the three great essentials to achieve strain measurement with any strain gage are: Hard work (location of the strain gage), Stick-to-itiveness (bonding), and Common sense (data analysis).

P.S.: Placing the ball or the strain gage in the right position for the next shot or measurement is eighty percent of winning golf and measuring accurate strain.