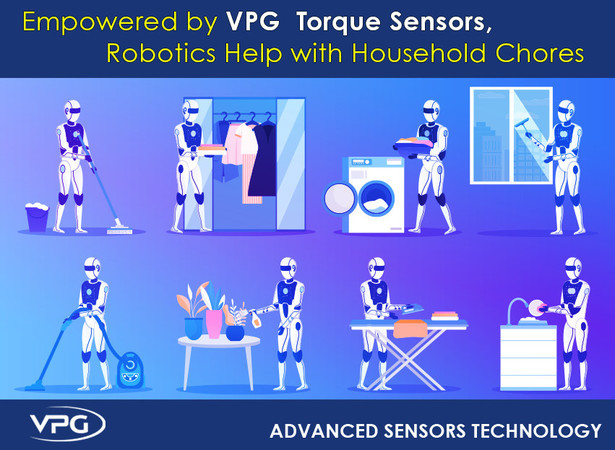 Robots of today are now used for increasingly open-ended assignments such as “load the dishwasher” or “put this shoe on the shelf” where the robot needs to operate in unknown, unstructured environments that are potentially populated by humans.  In the case of a humanoid robot, a force sensor is an essential component for achieving human-like performance. 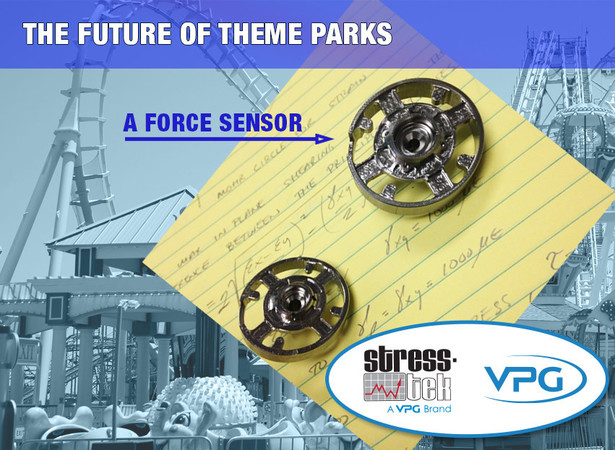 Classically, force and torque sensing enable robotic processes such as grinding, deburring, sanding and polishing.  In machine tending, a force sensor can help a robot locate jig stops when placing a part in a vice on a CNC machine as well as in aiding product testing, packaging, and assembly.

For automotive applications, piston stuffing is a more critical process step in which a piston is inserted into an engine block. 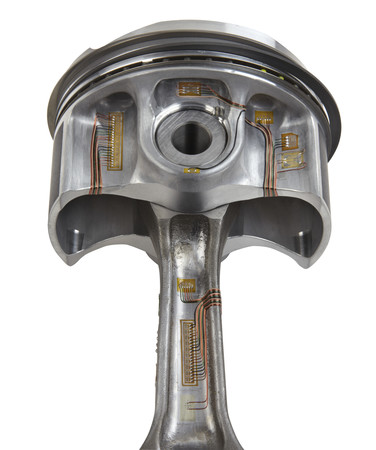 The precision required by this application is beyond vision technology alone.  These parts have a gap all the way around, the distance of which is approximately one tenth of the thickness of a human hair.  Vision technology is good, but it is not good enough to locate a part within that level of accuracy.  A simple robot is not accurate enough to align it perfectly. For those types of applications, the sense of touch is really the only way to get those parts together, and that is where force sensing comes in.

Using shear to measure torque, the small shear strain deflection gives the sensor high resolution and high stiffness.  Ideally, the robotic arm will  deflect a very small amount under a heavy load, which is an important point for robots.  You can spend extra money on a high-precision robot that has a very accurate tool center point, but if the sensor is deflecting a lot under load, you are giving up that accuracy and stability.

Although Leonardo da Vinci may have created the first robot in 1495, today’s AI versions definitely have come a long way.  Patents have been filed with titles like “Interactive Autonomous Robot Configured for Programmatic Interpretations of Social Cues”.  Well, that’s a whole lot of words and surely an even thicker read, but it gives a clue to the future of not only mathematical seriousness of robotics, but also the need for robots with good manners.

A world-renowned entertainment company which heavily uses robots recently came to Stress-tek with their version for the future which involves the use of artificial intelligence in the form of a soft-body robot that would interact with people in theme parks.  The robot’s body would be made up of pliable chambers filled with air or fluid so the robot could sense pressure in discrete chambers indicating direct interaction with people.  This sensitive tactile skin covering the entire surface of the robot is the ultimate in collision detection.  These types of robots would replace the poor souls running around in heavy costumes in sweltering heat. 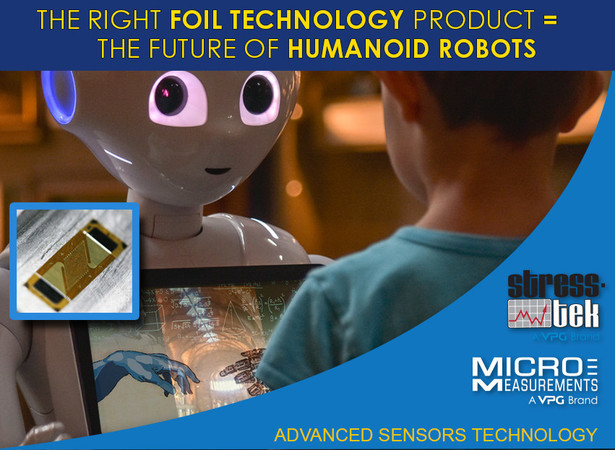 For the sensor design, a Micro Measurements shear specific strain gage was selected by Stress-tek to directly measure the strain. The effective shear area was optimized for strain output, deflection, safety factor and ease of environmental sealing.  The rotary shear design must be insensitive to both side loads and off axis force components to maintain maximum accuracy.  The custom designed robotic torque sensors are completely integrated, directly measuring hip and elbow rotational shear forces and converting those force measurements to loads, all beneath the robotic skin.  These loads are used for force quantization, parameter optimization and weight-change sensing as the robots scoot down the boardwalk methodically expressing emotion through calculus, momentum and repetition as if it were a pop culture-smitten extraterrestrial embodied with a certain purity in technology that is aggressively intelligent. 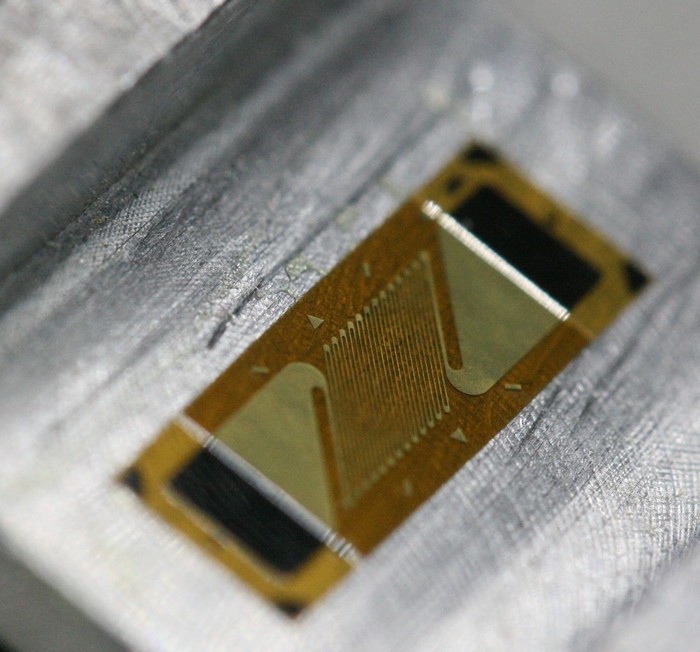 More Articles about Sensors in Robotics:

STRAIN GAGES FORCE/TORQUE SENSORS AND COBOTS IN THE NEW “NORMAL”.

MIND THE GRIP IN THE FOOD AND BEVERAGE INDUSTRY DURING THE NEW “NORMAL”.