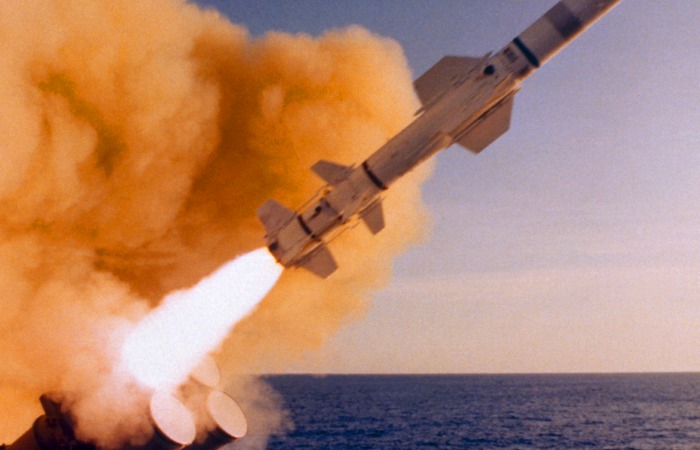 When subjected to temperature changes, test parts expand when heated and contract when cooled. So if you bond a strain gage to the part's surface, any temperature change can produce a response that is independent of any strain due to load.

During manufacturing, Micro-Measurements goes to great lengths to eliminate this temperature response by heat-treating the foil long before it's used to make a strain gage. Over the years, we have perfected the process for heat-treating the foil to match various materials, ranging from steel, copper, and aluminum to carbon fiber and some plastics.  This matching is known as the self-temperature compensation. The small residual response left over after heat-treating is referred to as apparent strain, or thermal output. Our goal is to reduce the apparent strain to negligible numbers around room temperature, and to keep the total response for most applications at less than 100 µɛ. 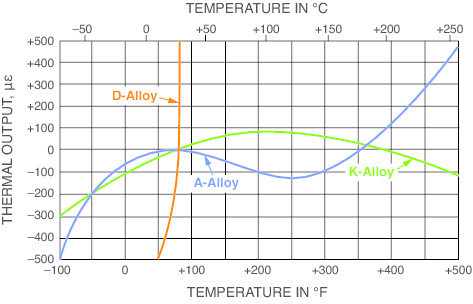 So what causes strain gage thermal response? There are two culprits: the difference in coefficient of thermal expansion between the test material and the strain gage foil, and a change in the foil's TCR. These factors make the response non-linear. The good news is that the thermal output data is provided for you on the strain gage package. We supply the coefficients for a fourth-order polynomial to fit the curve that is generated by experimental data. In testing, once you quantify the thermal output—either using the data that we provide or generating your own—you can subtract it from your strain gage measurements to remove the error.

There are a few key points to keep in mind when doing so. First, in order to use the data that we provide, the strain gage must be from the same foil lot bonded to the same material as our reference. Otherwise you may see some differences. Second, if the temperature does not change while you are taking the measurements, thermal output is not an issue and there is no correction needed. Lastly, for the most accurate correction, we suggest generating your own data using your specific strain gages in the same environment you will use for testing.