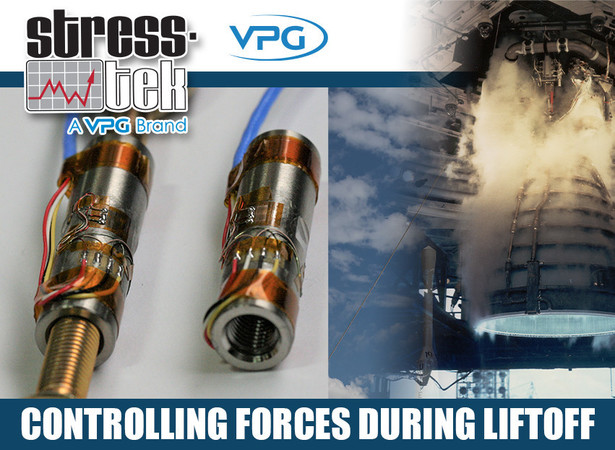 "The resistance strain gage, because of its unique operational characteristics, has dominated the transducer field for the past eighty years or so.”

Escape Velocity from Earth is 25,000 miles per hour. The first 2 minutes of the Saturn V rocket employs five F-1 engines generating 7.5 million pounds of thrust and devouring up 40,000 lb of fuel per second. A typical rocket launch can experience an acceleration in excess of 3 g’s.

During launch, satellites are restrained within the rocket body to resist these lift off forces so sensitive payload electronics are not damaged during liftoff. 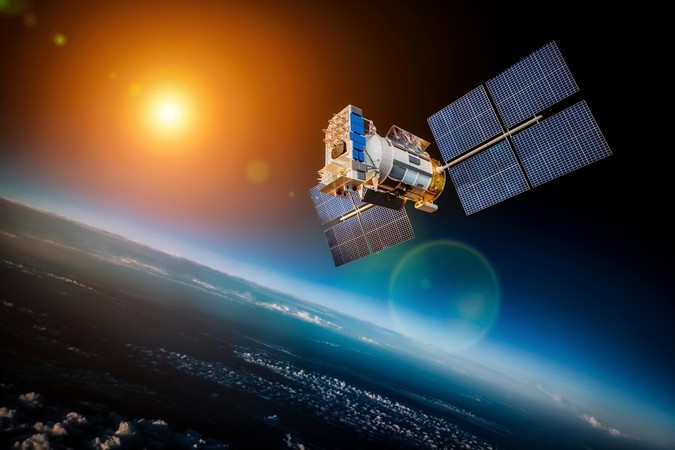 The picture above is a precision force sensor designed and built specifically for measuring these space vehicle restraint preload forces. Stress-tek selected the strain gages, bonded and wired the assembly then calibrated each unit at our facilities in Kent, WA. The customer is a prominent entity in the space launch and satellite development industry for the US and reached out to Stress-tek for delivering these preload measuring instruments.

The Force Sensors segment includes a broad line of load cells and force measurement transducers that are offered as precision sensors for industrial and commercial use. Typical applications for force sensors are in medical devices (such as hospital beds and medication dosing), agricultural equipment (for precision force measurement), and construction machinery (for tipping and overload protection). These sensors use our foil technology products, which serve as sensing elements and components within each unit.

Strain gages are resistive sensors whose resistance is a function of applied strain (unit deformation). Stress is calculated from the strain information. Typically a strain gage is attached to a structure and when such a structure is deformed (tension, compression, shear), the resistive strands in the strain gage follow the structure deformation which causes an electrical resistance change. The resistance change is then expressed in units of strain or stress. Strain gages are used in transducers that convert force, pressure, tension, etc., into an electrical signal. They are also used for measuring strain in structures (stress analysis) such as airplanes, cars, machines, bridges and other structures. Performance specifications to consider when searching for strain gages include operating temperature, the state of the strain (including gradient, direction, magnitude, and time dependence), and the stability required by the application.

Load cells are mechanical components which act as force sensors by employing strain gages to provide an electrical output proportional to the applied force. Typically the electrical output is either analog (voltage or current) or digital. Load cells have specific mechanical packaging and sensing orientation to fit into electronic scales, and testing and monitoring systems. Load cells can be used for tension, compression, and/or shear measurement. Tension load cells are used for measuring forces that are in-line and "pull apart". Compression load cells are used to measure forces that are in-line and "push together". Shear load cells are used to measure tension or compression forces that are offset (not in-line). When selecting load cells, there are many form factors or packages to choose from to insure their physical size is compatible with space available for the application, such as inside an electronic weighing scale.