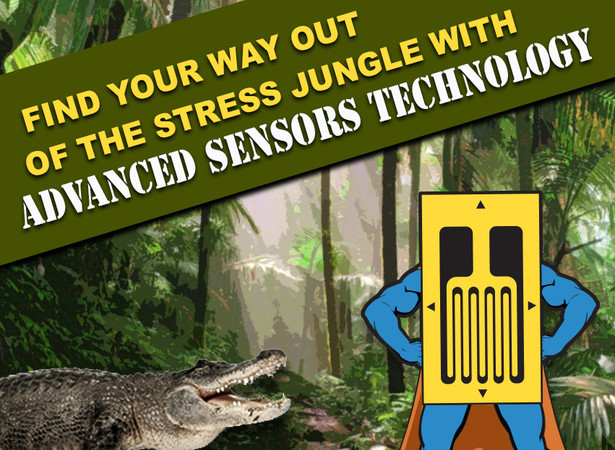 Mechanics and the Strain Gage or The Art of Meaningful Measurement

With precision load cell manufacturers producing weighing devices capable of making measurements with inaccuracies as small 0.1% of full scale using bonded resistance strain gages, most stress analysts are never faced with a requirement nor ever achieve such small inaccuracies and in many cases believe  5% is good enough and in many cases, if not most, it is.  Armed with limited knowledge of what is required to achieve 0.10% inaccuracy in a precision load cell, one can often be lead into the false sense of confidence that just sticking a strain gage in place with some glue and connecting wires is all that is required to achieve results within a 5% inaccuracy error band.  Technically speaking, achieving 5% inaccuracy is not a difficult task but all too often, the test engineer discovers, usually too late, that the measurements are in error by 10% or even 25%.  Why?  How could a device easily capable of resolving one part in a million and capable of generating inaccuracies of only 0.1% when used in a transducer, possibly yield such gross errors in his / her test application?

The transducer designer knows that achieving an accuracy of only 0.1% is an extremely difficult task.  As a result, the designer will specify that the best materials available and the best techniques known be utilized in constructing the transducer.  Once built, attempts will be made to eliminate every known uncertainty by calibration and every known inaccuracy by compensation.

The test engineer, on the other hand, may feel that using strain gages to make measurements for which 5% errors are the norm is overkill taken to the extreme.  If strain gage accuracy is so much better than the measurement needed, why worry about using proven installation accessories and techniques recommended by the strain gage manufacturers when less expensive versions of the of the same materials are available at the corner hardware store and short cuts can save time and thus labor costs?  Why worry about the uncertainty of the gage factor specified on the engineering data sheet?  Why worry about all those idiosyncratic characteristics of the strain gage and Wheatstone bridge circuit?

The answer is obvious.  Ignore enough of these unique considerations, and the inaccuracy of the resulting measurement is neither the typical 1% for an uncalibrated strain measurement nor the 5% usually acceptable to the engineering profession, instead, the magnitude of the errors resulting from these omissions will have quietly grown to 10% or more before they turn to bite the hand that fed them.

In the experimental stress analysis world, many believe that It is easy for an experimental stress analyst to fall into the habit of viewing his or her activity as purely one of measurement – quite separate and distinct from the bodies of knowledge encompassed by mechanics of material and elasticity theory. Such as an individual can get totally immersed in the techniques of measurement; e.g. , how to install and wire a strain gage, and how to set up and calibrate the instrumentation, etc. Precision of measurement, as judged, for instance, by the stability and repeatability of the instrument output, becomes the central goal of the activity. Under ideal circumstances, and taking full advantage of contemporary strain gage technology, the thoroughly experienced practitioner may achieve a level of “accuracy” approaching ±1%.

But what does accuracy mean in this context? At best, it means that the observed measurement is within ±1% of some integrated, but undefined, function of the strain under the gage grid. More often, it means only that the measurement is proportional, within the stated percentage, to the resistance change in the grid. Neither criterion, however, provides any information about the accuracy of determining the critical stress in the test part, or even the stress at the gage site (when two differ, as they frequently do). As superfluous as it may seem to state it, the real purpose of experimental stress analysis is ordinarily the accurate determination of the stresses which are significant to the functional integrity of the test member.

Between accurate measurement of the gage resistance change and accurate determination of the significant stress lies, at least metaphorically, a vast jungle, filled with traps and snares to waylay the unwary stress analyst. Some stress analysts never make it from one side of the jungle to the other, but instead wander around in the thicket forever, continuing to make superbly accurate measurements. Although the path to accurate stress determination is by no means a smooth one, the stress analysts equipped with a firm background in advanced mechanics of materials, and broad knowledge of materials behavior, in addition to well-developed measurement skills, obviously stands the best chance of at least approaching the objectives.

Oddly enough, the subject of how to accurately determine stresses does not receive a great deal of attention at most gatherings of strain gage professionals and, no matter how well the stress analyst understands the theory, material properties and test conditions, all is lost if the best materials and techniques are abandon in the interest of cost saving.  These two knowledge sets must work in harmony to achieve meaningful results.

In the words of one of the Micro-Measurements pioneers, “and therein lie the perils of the 5% mentality.  If this sad tale were to have a moral it would relate not to the dangers of a butcher using the tools of a surgeon but, rather to the evils of a surgeon having the mind of the butcher.  When measuring strain, there simply can be no substitute for using proper tools to do the job correctly.” 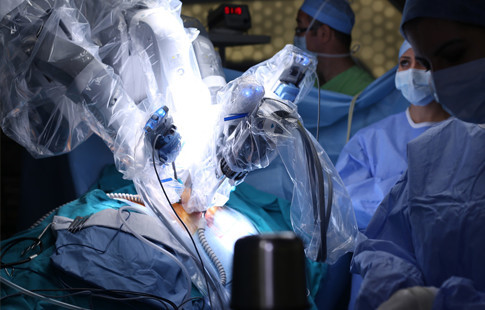