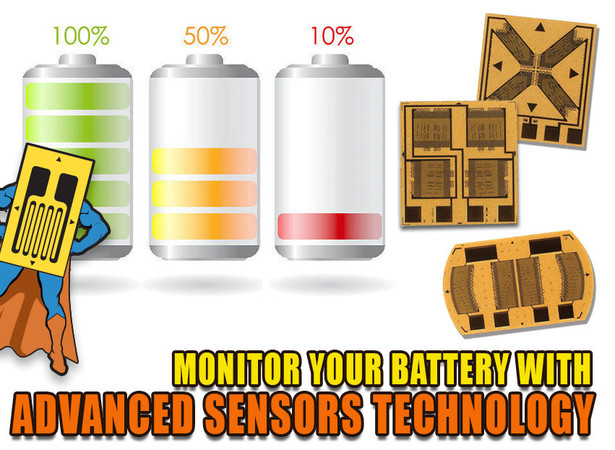 MEASURING THE STRAIN WITH TEMPERATURE CAN IMPROVE THE FLEXIBILITY, LONGEVITY, AND SAFETY OF BATTERIES.

Energy storage management is considered to be emerging market and by using the new sensor it could help to reduce the cost and increase the applicability of many IOT devices and electric automobiles and improve the performance of renewable energy storage tools while increasing device safety.

When we work with Lithium batteries for high grade projects, especially those where lives are at stake or battery packs are being used in remote locations, there is little room for error.

The main design challenge in Li-ion charge circuits is to find the optimal point between overcharging, which could result in battery failure, and undercharging by more than a certain percentage, which results in reduced capacity and identification of safe end of life.

The fatigue in lithium-ion battery electrodes made by repeated charge and discharge cycles causes electrode degradation and fracture, resulting in reduced battery performances and end of lifetime.

Lithium batteries are well established in portable consumer electronics and now also gaining popularity in military and advanced civilian avionics, as well as space applications. In all these systems they provide higher capacity for the same size and weight than older battery chemistries; in other words, they have a much higher energy density.

As their scope of applications has expanded from consumer products to satellites, land vehicles, airplanes, alternative energy, smart grids, civilian avionics, and energy grid storage, ever more stringent requirements have been placed on these batteries, especially in terms of cell safety and lifetime.

Several years ago Micro-Measurements decided to focus on developing strain sensor which includes strain gage with built-in RTD for accurate temperature measurement that would complement the growing use of lithium-ion batteries. This sensor is bonded on the cells to monitor their state of charges and overall health during operation.

The contribution of Micro-Measurements was mainly to provide high-precision strain gages and temperature sensors to allow a quick and accurate evaluation of the battery life and safety. Li-ion battery chargers are in fact complex and challenging circuits. They require accurate current and voltage settings and monitoring as well as a constant current and constant voltage. If these accuracy requirements are not met, the charger will fail to completely charge the battery and reduce battery life, or otherwise permanently reduce battery performance. Under certain uncontrolled conditions such as extreme current charging or discharging, the cells can be dangerous and may explode or overheat if provisions are not made for their proper use. One of the main concerns with excessive discharge is the possibility that the cells inside the battery might short-circuit, a permanent, irreversible event. Overcharging can also be critical because it can destroy each cell by overheating, resulting in additional catastrophic events. A battery can be fabricated by connecting two or more cells in series.

In most of the high-grade applications, the battery may be charged and discharged for hundreds and thousands of cycles. As this occurs, it may have a different impact on each of the cells. The cells may become mismatched. If this phenomenon is not corrected with precision analog circuitry, one or more cells may become undercharged or overcharged, either of which can lead to failure of the batteries and the overall system in which they are being used. Designers need to keep this in mind when considering the overall long-term costs of a system, and the consequences of attempting to save on up-front assembly costs. Unless the environmental conditions of the battery remain static, it is critical to know the temperature at the strain gage location to correct for any change in resistance of the gage due to temperature fluctuation (thermal output). Even as strain gage manufacturers become more skilled in minimizing thermal output by controlling the metallurgy and heat treatment of the alloys used to produce the resistance grid, temperature monitoring to improve measurement accuracy continues to be of great importance.

Micro-Measurements goes to great lengths to characterize the thermal output of its strain gages and provides the appropriate fourth-order polynomial variables derived from the thermal output of each batch of gages constructed of well-known materials. These variables are critical to minimizing the effect of thermal output on test data, a factor so critical to accurate strain measurement that Micro-Measurements offers temperature measurement capabilities in all its data acquisition systems, either via thermocouple inputs or an RTD. The use of the new strain sensor help to detect the battery state of charge (SOC) and the state of health (SOH) through strain-gage with built in temperature sensor. Changes in the physical properties of the anode/cathode matter can be measured as mechanical strain (deformation).

Using the new sensor can help to develop a phenomenological strain model exerted by a lithium ion cell during various charge, discharge, and temperature operating conditions. 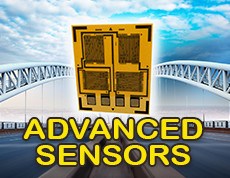