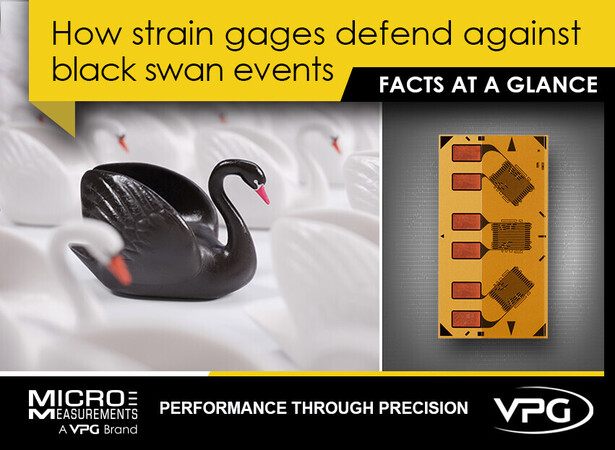 The science of strain gages is exact. Even the smallest amount of mechanical strain can be detected by a properly installed strain gage sensor. These measurements, when acquired and analyzed by engineers, are critical in determining whether a particular material can carry a particular load. Why is this so important? Because structures can and do break. But with the right information and the proper tools, engineers can help to prevent potentially catastrophic events in airplanes, on bridges, and even in space. In today’s blog, we discuss how strain gage sensors can help engineers to predict the unpredictable by looking at the concept of black swan events.

What is a black swan event?

The term “black swan event” was put into common use by Nassim Nicholas Taleb in his book, The Black Swan: The Impact of the Highly Improbable. Taleb, a finance writer and former Wall Street Trader, extends the metaphor of the black swan beyond his original limit of financial circles to describe any event which is unexpected and has a major effect on the circle of influence.  In other words, black swan events are meaningful and surprising, at least to those involved.  Extending this concept further, one can look at unexpected structural failures as black swan events. When we view black swan events through the lens of an engineer, we see the need to be proactive, using strain gage measurement to preclude the occurrence of black swan events in the first place.

What are some examples of black swan events in structural engineering?

Examples of structural black swan events include failures that occur when cracks are found in airplane designs; PCB failures in 5G network caused by harsh environments, including the stress placed on consumer electronics gadgets; constructions collapse, transportation industry failures; and lithium-ion battery failures. All of these events are unexpected and have serious consequences for those involved. Think: the collapse of a bridge, a dam failure, or an EV (Electric Vehicle) crash. 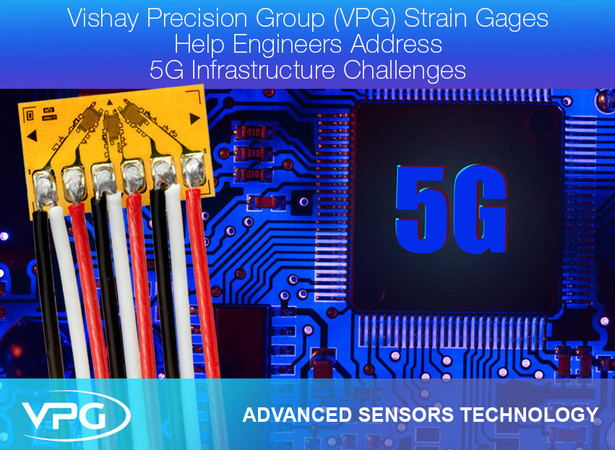 How can a simple strain gage defend against a black swan event?

In some cases, strain gage monitoring could help to prevent future engineering failures. For example, the typical battery-enclosure expansion indicative of impending battery failure can be easily detected well in advance of catastrophic failure with the use of Foil Technology strain gage sensors and temperature sensors.

No, strain gages are not magic, but they can produce seemingly magical results. Sensitive enough to resolve the weight of a fly landing on a plate glass window and robust enough to survive the trip to Mars or a space tourism journey, these simple looking sensors are used in all forms of electro-mechanical transducers.

Whether the goal is to measure strains caused by loads which can lead to fatigue failures, or to resolve fractions of a gram in force or weight to determine the load applied to a part, strain gage sensors have proved themselves capable allies in preventing component, equipment, or system failures. Used as an integral part of the design process and/or as sensing elements in long term structural health monitoring, strain gage sensors can serve with distinction as defenders against black swan events. 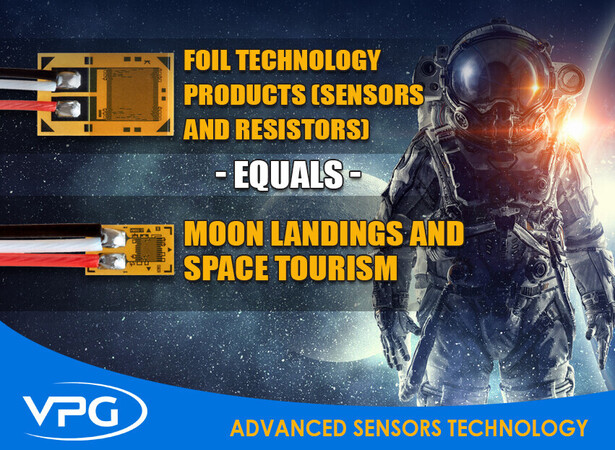 Want to connect with other engineers about strain gages and other topics in structural and mechanical engineering?  The StrainBlog is a blog written by engineers for engineers—join our community! Here’s how to find us: