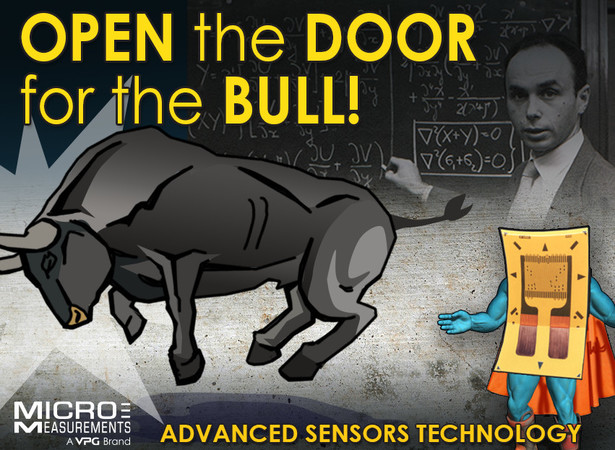 For more than three decades Frank Tatnall was a very popular figure at virtually every SESA meeting. His distinguished appearance, congeniality, sense of humor and his endless energy to promote the new Society made him a very special member. In 1953 he was elected to be the first Honorary Member of the Society, and in 1968, the F.G. Tatnall Award was created to be given annually to an individual “for long and distinguished service to the Society.” Of course, Frank was the first recipient of that award. Later on, Frank became less active in technical matters, but remained active in the Society and regularly attended meetings. For several years, he was the chairman of a one-man SESA committee on “Creative Thinking,” and made many of us jealous when he habitually attended the wives’ programs in preference to the technical sessions. In 1956, Frank met a young Felix Zandman who had just arrived from France. The two soon became friends and associates, and as they say, “The rest is history.” We are proud and pleased to present the following article written by Felix about his friend Frank. - C. E. Taylor, SEM Historian

On Frank Tatnall, by Dr. Felix Zandman, Honorary Member of SEM, and the founder of of Vishay Intertechnology and Vishay Precision Group.

Francis G. Tatnall was born in 1896. He graduated from the University of Pennsylvania with a M.E. degree. He was married to Emily, and they had three children. He lived in Plymouth Meeting, Pennsylvania.

Who was Frank Tatnall?

A scientist, a sales manager, an engineer, a lawyer, a businessman - all may describe aspects of Frank’s character, but none truly do him justice. Frank was a superb entrepreneur - the best you could find. As an entrepreneur, he was the sole of many new products and ideas in stress analysis...this was Frank.

Anyone who’s read Frank Tatnall’s autobiographical book, “Tatnall on Testing,” will be struck immediately by his passion for strain gages and the impact his work had on the industrial world. Frank’s devotion to strain gage technology, coupled with his charm and animation impacted nearly everyone in the industry at the time, including myself.

I first met Frank in 1956. At that time, I was developing Photostress in France and was recruited to come to America with this technology. A man by the name of Marc Wood represented me in America and arranged for many of the company executives who were interested in Photostress to come to New York where I could present my work. One of the most serious suitors was the Budd Company of Philadelphia, a large manufacturer of products that ranged from railroad cars to automotive chassis. They had just opened up a new division called “Tatnall Measuring Systems” (TMS - named after Frank), which was their first venture into the field of electronic measuring devices. The new division was looking for innovative technologies that would complement their line of strain gages, and Frank, influenced by Professor William Murray, saw Photostress as the perfect match for Budd. Frank hired me at Budd as the director of basic research and head of the new Photostress Department. His enthusiasm for stress analysis filled the labs at Budd, which quickly became a competitive environment where I flourished.

It wasn’t long before I found myself giving lectures. Being new to America, my language was not very good at the time. I was diligent in memorizing thirty words a day, knowing that I would probably only remember ten. I recall apologizing profusely to Frank after my first lecture, where I had struggled over every word and must have startled the audience with my own dialect (which was a combination of French, Polish, Yiddish, and English). When I told Frank that I could not speak well, he responded by saying, “Felix, first of all, everybody loves you, okay? Secondly, never lose your accent.” Frank thought my way of talking was “more arresting than just plain American talk.” Frank, always the first to discover and exploit a new marketing angle, thought we could capitalize on this - he told me to make my accent as heavy as possible so that people would pay attention to what I was saying. I just had to be myself; no effort was needed. The adrenaline that pumped through our veins preceding each new technical development would carry us forward to the next development. It was a terrifically exhilarating work environment. But it soon ended within a few years when Frank was retired from Budd. Without Frank, the rush was gone - the soul of the company was absent, it became stale.

I was developing ideas for a new resistor that had the potential to be a real breakthrough in the electronics industry; Dan Post was involved in one facet of this new technology. For the second time in my life, I was overwhelmed with excitement about the possibilities this technology would have. Unfortunately, Budd’s management was not interested in the development efforts of our small group. While Frank would have supported and fought for my ideas, I encountered only resistance from Budd’s new generation of managers. When Budd gave a final refusal to fund my new project, I was left with no choice but to leave so that I could continue working with Dan Post on this technology. Frank, through his absence, had unwittingly influenced me to become my own boss, and the unfortunate situation at Budd became fortunate for me in the end. In 1962, I started my own company, Vishay, where I could manufacture strain gages with Jim Starr, at the Measurements Group Division of Vishay, and develop my ideas for foil resistors with Dan Post at the Foil Resistor Division of Vishay. (Today Vishay Precision Group - VPG)

Frank’s retirement was short-lived. After TMS was sold by Budd, Frank’s loyalty to Budd ended and he came to work with me at Vishay until the age of 84 when he passed away. He often noticed that upon retirement, people felt obligated to serve the community in helpful ways. When he first retired from Budd, he was overwhelmed at the number of requests people had of him - to sit on committees, work on task groups, give lectures, and hold important appointments. Frank concluded that all these offers were nothing more than high-prestige, low-income positions, and he no longer obeyed society’s retirement clock.

When I hired Frank at Vishay in the late 1960s, he was already acknowledged by many as the spiritual father of strain gages. Frank provided us with his wisdom, guidance, motivation, and charisma. He simply belonged at Vishay, and felt good being with us.

I never gave Frank a specific job description or role at Vishay. He was such an attribute in so many different areas, that I liked the freedom of being able to use him wherever his expertise was needed. What Frank was often best at was his outlook on life, both through his personal and business perspectives. Plus, he was superb in predicting what products would succeed and how to introduce them to the market.

Running a business was not easy for me. For the first time I found myself in danger of being trampled in the competitiveness of the industry. One day, Frank sat me down and shared an analogy with me that I am still reminded of today. “If you see a bull in the distance that is ready to charge at you, what do you do?” Frank asked. I think I might have responded by saying that I would most certainly close the door to block him out. “Wrong,” replied Frank. “Open the door for the bull. You see, he will be so eager to run through the door that he will charge head first into the wall.” This tactic has proven successful on more than one occasion.

Frank’s prowess in the industrial world was equally matched by his spiritual intellect. He was an old-line Philadelphia Quaker and one of the most committed Christians I have known. His knowledge about the Bible, ethics, and philosophy was as impressive as his knowledge of strain gage marketing. I remember he used to always call me the “perfect Christian.” Repeatedly, I would remind Frank that I was Jewish, but he could never seem to remember this, simply because a person’s background did not matter to him - there was not a prejudiced bone in his body.

Not only do I regard Frank as the spiritual father of strain gages, I regard him as one of the forces that drove me to where I am today professionally. There are only a handful of people in one’s life that have such a profound impact, that had you not met, your life would have gone in a counter direction. Without Frank, I would not have come to America. Without Frank, I would not have had the determination to leave Budd and start my own business. Today I sit as the founder, CEO, and Chairman of Vishay, a company now approaching $2 billion in revenues, and I can’t help but attribute much of my own success in terms of my beginnings in America to Frank’s influence.

Frank once shared with me that the only difference between a failure and a successful man is that the latter has the strength to hold on five minutes longer. This belief must have been what inspired Frank to continue his work with me until his death at the age of 84. Frank, above all others, was truly a success in all that he worked on.

The Original Article was published in Experimental Techniques Mar/Apr 1999, Vol. 23, No. 2 - SEM History

The Society for Experimental Mechanics is composed of international members from academia, government, and industry who are committed to interdisciplinary application, research and development, education, and active promotion of experimental methods to: (a) increase the knowledge of physical phenomena; (b) further the understanding of the behavior of materials, structures and systems; and (c) provide the necessary physical basis and verification for analytical and computational approaches to the development of engineering solutions.