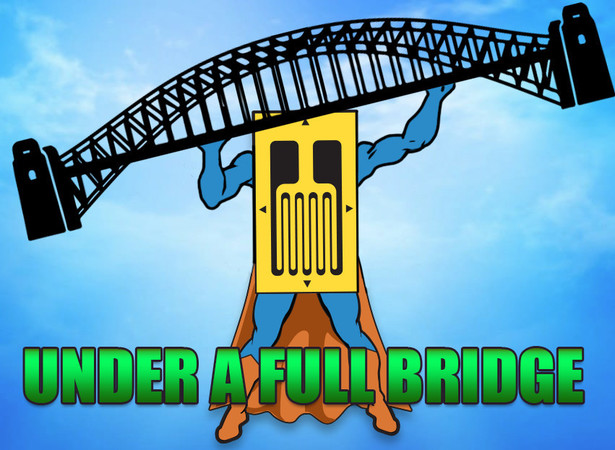 A BCM is the bridge between Stress and Strain

Although strain measurements can be made with strain gages installed in all four arms of a Wheatstone bridge, “full-bridge” applications are relatively rare in stress analysis work.  “Quarter-bridge” (single active arm) and “half-bridge” (two active arms adjacent to one another) circuits are more common, with bulk metal foil resistors added to complete the bridge circuit, normally within the instrument.

Instruments designed for use with strain gages usually incorporate built-in bridge completion. When these instruments are configured for half-bridge operation, two Bulk Metal Foil resistors serve as an “internal half bridge”. When configured for quarter-bridge operation, a third resistor is connected internally as a “dummy”.  Its resistance matches the nominal resistance of the active gage to enable zero-balancing of the circuit.

In certain special cases, however, the bridge circuit must be completed externally.  For these, we can use a selection of Bridge Completion Modules (BCM’s). 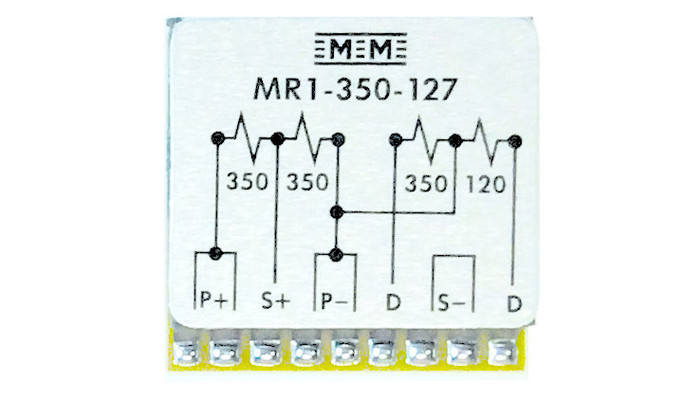 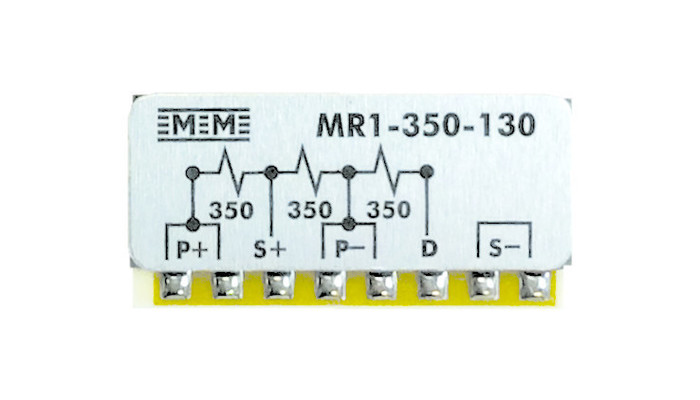 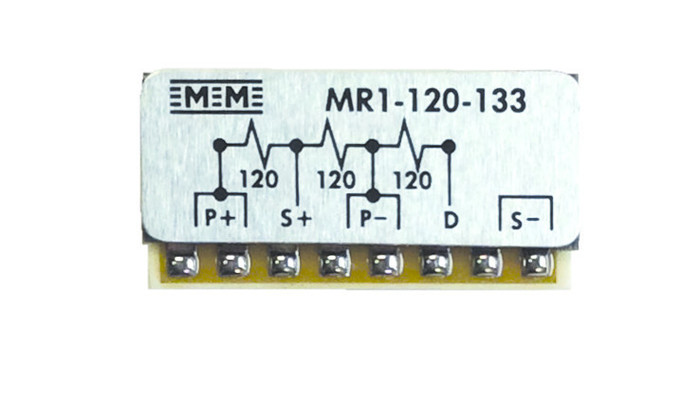 Many general-purpose instruments contain no facility for bridge completion.  Should the necessity arise for using them for strain gage applications, the use of BCM’s is an excellent choice to provide a framework for the Wheatstone bridge.

The quality of strain measurements can sometimes be improved by utilizing BCM’s at the active gage location.  Effects of the “noise” induced in leadwires by electric and magnetic fields, for example, can be substantially reduced – if not virtually eliminated – when pairs of power-supply and signal leadwires connect the instrument to a bridge completed at the active gage.  The noise becomes self-cancelling if produced simultaneously and equally in each lead of a pair connected to the BCM.

Some thermal output will be present in the measurement signal if the temperature of an installation changes after zero-balancing.  The exact amount depends upon the extent of the temperature change, the active gage and test specimen, the intrabridge leadwires, and the BCM.

The active gage contributes the same thermal output regardless of where or how the bridge is completed, so it is important to note that the application of a BCM at the gage location does not provide a temperature compensated full-bridge.  Change in the temperature of intrabridge leads is a second source.  Use of short, large-diameter leadwires to connect the active gage and BCM at the gage site will virtually eliminate any thermal output in the leadwires.  The module itself is a third potential source.  The resistive elements used in its construction, however, are specially processed to “match” the thermal expansion of their internal ceramic substrate. The resulting thermal output from the BCM is only a fraction of a microstrain per degree change in temperature.

Pressure-sensitive foam tape is incorporated into each BCM to bond it to the test specimen so that strain is not transmitted from the specimen to the resistive elements of the module.

Techniques for soldering to the terminals on the module are similar to those for Micro-Measurements terminal strips, except that the pads are pre-tinned.  High temperature solders are not required; the maximum use temperature of the modules is +250°F (+120°C) and M-LINE 361A solder is ideal. Wire size should not exceed AWG-22 (0.64 mm dia.).  The finished connections should be carefully cleaned of rosin flux with M-LINE Rosin Solvent.

Micro-Measurements BCM’s are supplied with a special environmental protection system which is excellent for laboratory applications.  For more demanding environments, an additional protective coating should be selected on the same basis as if the module were an encapsulated  Micro-Measurements strain gage operating in that same environment.