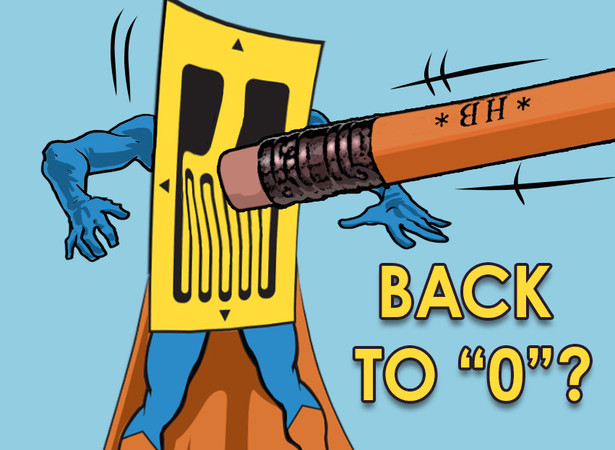 An indispensable preliminary to the start-up of any experimental stress analysis test is verification that all components in the measuring system are functioning properly to produce accurate, reliable data. In the case of strain gage tests, the measurement system consists of three principal elements: the gages installed on the test part, the leadwires, and the strain indicating or recording instrumentation. With no intention of underestimating the importance of the latter two topics, this article will concentrate on verification of the strain gage installation. If not previously detected during system check-out, an improperly installed or otherwise malfunctioning strain gage will often (but not always) make itself evident when strain measurements are being taken. But once the test has been started (or, worse yet, completed), it may be very costly to discover missing, inaccurate, or unreliable data. Fortunately, there are a few simple tests that can be performed on installed gages (preferably before the application of protective coating) which will uncover most sources of potential failure or poor operation. The tests are easily applied, and should be routinely employed for every gage installation, but are imperative when long-term accuracy and stability are important.

The strain gage installation should first be given a close visual inspection. If any discolored or jagged solder joints are observed, these should be re-soldered to achieve smooth solder deposits. All traces of soldering flux must be completely removed with an appropriate solvent such as M-Line Rosin Solvent. The gage itself should have a uniform color, since discolored areas visible through the backing may indicate voids in the adhesive bond line. If voids exist, the gage output is apt to be unstable when excitation is applied. A further check on bond quality can be made with the gage connected to a strain indicator. Pressing gently on the grid with the eraser end of a lead pencil should produce a small output indication which returns to zero with removal of the pressure. (Note: in performing this test on open-face gages, the pressure should be applied through a Teflon strip to protect the grid.) Erratic meter indication or failure of zero-return suggests an incomplete bond, and the gage should be replaced.

When a strain gage is installed on a metal test part, one of the most basic tests for the quality of the installation is the resistance between the gage grid and the part. The insulation resistance can be measured very easily, and with no risk of damage to the gage, using the Micro-Measurements Model 1300 Gage Installation Tester. If the gage is properly installed and tested under laboratory conditions, resistance to ground should be in excess of 20 000 megohms. A resistance of 10 000 megohms is considered about the minimum for reliably accurate strain measurement. Readings below this value generally indicate some kind of quality defect in the gage installation. Low readings may be caused, for example, by trapped foreign matter, moisture, residual soldering flux, or backing damage from soldering. They may also result from moisture migrating to the installation after passing through pinholes in the leadwire insulation. The Model 1300 can be used very effectively to test the integrity of the leadwire insulation, too. For this purpose, the insulated leadwire is placed in a water-filled metal container, and the resistance between the wire conductor(s) and the container measured. The reading should again be at least 20 000 megohms.

Among its other capabilities, the Model 1300 provides for convenient, precise measurement of the gage resistance after installation. The instrument indication is displayed as the percent deviation from the nominal gage resistance, with full-scale ranges of either 5% or 1%. Since VPG Micro-Measurements strain gages are manufactured to tightly controlled tolerances on gage resistance, the magnitude of the resistance shift due to installation provides a very sensitive index to certain aspects of gage installation quality. Shifts in gage resistance during installation should not ordinarily exceed 0.5% when using room-temperature-curing adhesives. With elevated-temperature-curing adhesives, on the other hand, the resistance shift may be greater due to the thermal stress in the gage after return to room temperature from the adhesive curing temperature. The magnitude of the shift depends on the curing temperature, the materials involved, and other variables, but should never exceed 2%, and should be uniform among identical gage installations to within about 0.5%. Excessive resistance shifts are usually indicative of one or more flaws in the gage installation - poor installation technique, questionable solder connections, damage to the gage grid, leadwire damage, etc. A unique feature of the Model 1300 is that the completely wired strain gage can be connected to the instrument in a 3-wire circuit, just as it would be to a strain indicator. Thus, when the Model 1300 is used in its deviation mode, the effect of the normal resistance in matched leadwires is automatically cancelled, and the instrument will therefore detect resistive faults not only in the gage, but also in the leadwires and solder joints.

After applying a protective coating to the gage, and prior to placing it in service, retesting for the resistance to ground and installed resistance is highly recommended. This will ensure that the gage has not been damaged in the process and that the presence of the coating has not significantly lowered the leakage resistance. It should be noted, however, that solvent-thinned coating compounds will exhibit lower leakage resistance until the coating is fully cured and the solvents evaporated. If the resistance to ground remains low after the coating is completely cured, the coating compound may be contaminated or otherwise deficient in dielectric properties. It should be obvious that while passing all of the foregoing tests is a necessary condition for satisfactory gage performance, it is not in itself sufficient to guarantee that the gage will perform properly under actual measurement conditions. At the same time, any installation that falls short of meeting the indicated standards should be viewed with suspicion, and not relied on for critical applications or those requiring accurate data.