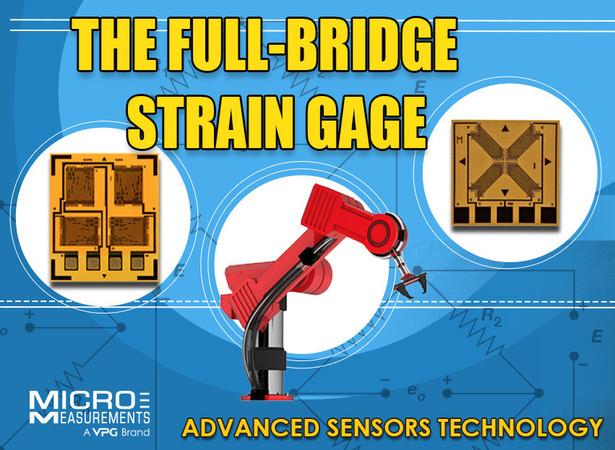 The default construction of a strain gauge transducer uses a full Wheatstone bridge often with multiple backings distributed around the transducer hardware. This offers the best accuracy and insensitivity to off-axis loading, but for lower-cost sensors a single full-bridge pattern can be used. This represents several advantages over two or more backings, the most obvious is the reduced labour to install the strain gauge. The single backing and foil offers better temperature response not just due to the locality of the sensing elements but also because thermal output scatter is virtually eliminated.

The strain gage has been in use for many years and is the fundamental sensing element found in many types of precision force measuring transducers, including pressure, torque, load, and position. The Wheatstone bridge electrical circuit is most commonly used to sense strain gage resistance changes. This circuit requires four electrical resistance elements connected into a series/parallel configuration. One, two, or four strain gages can serve as the four resistance elements, with precision resistors making up the partial configurations. 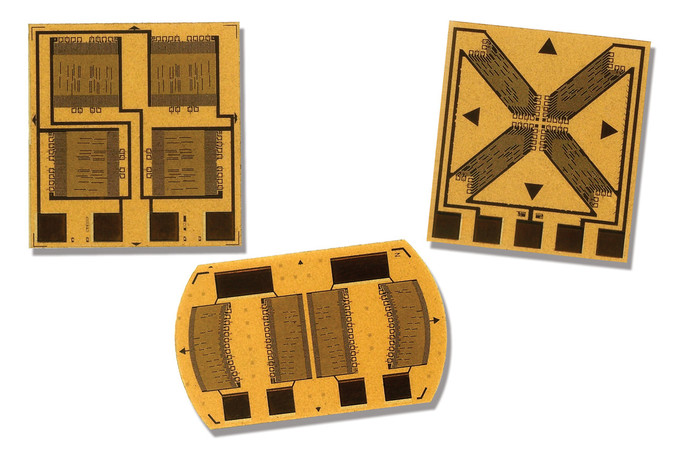 In addition, with all four arms of the Wheatstone bridge being manufactured simultaneously from a single piece of foil, grid-to-grid thermal characteristics are more closely matched, and thermal output is cancelled in the bridge circuit. Micro-Measurements sensors are available in a variety of sizes, configurations, and mounting technologies. 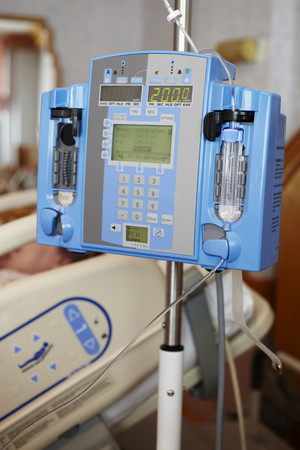